For David Visscher a love of extreme sports began with bouldering in the 1990's. Since then he has pursued BASE jumping, canyoning as well as other extreme sports.

He created this guide with the desire to help others with the same passion learn about their chosen sport.

Receive an email when we publish a new post

In the sport of bouldering (which is essentially rock climbing on boulders without a harness) different grades are used to measure the difficulty of a specific climb.

These bouldering grades differ from the grades used in traditional rock climbing, and use many different systems including: Huevo "V" grades-or the V-scale, Fontainebleau technical grades (Font-scale), route colors, Peak District grades, and British technical grades. In this article we will be focusing primarily on the first two respectively: the V-scale and the Font-scale.

The V-scale is the most widely used scale in North America. It was created by John "Vermin" Sherman at the Hueco Tanks State Historic Site in the 1990's.

Although it is open-ended, the range of the scale so far is V0 - V17, meaning that the most difficult bouldering surface climbed so far was rated V17.

There are levels that are lower/easier than V0 on the scale, which are designated with a "VB" which could mean either V-basic or V-beginner. 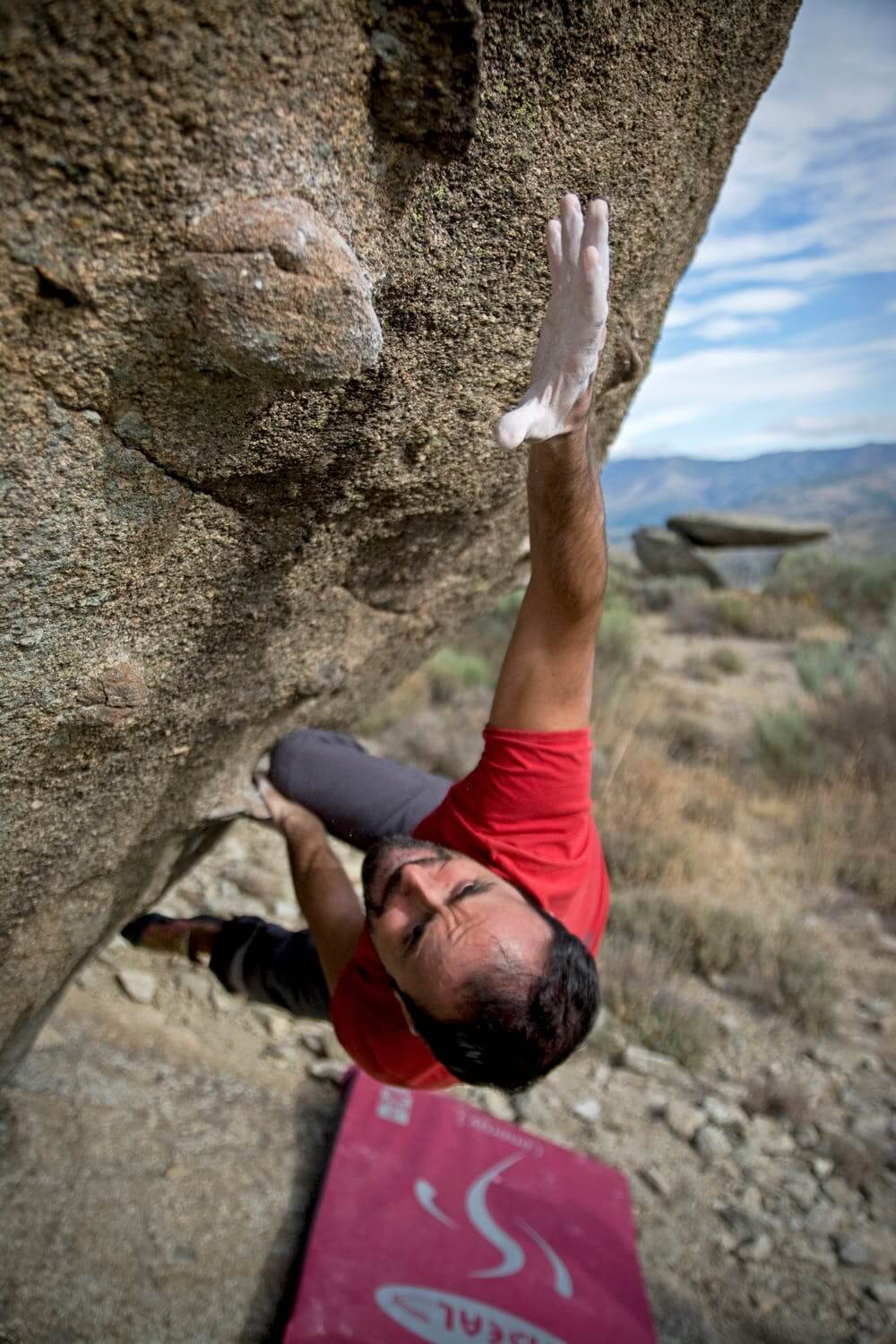 Plus(+) or minus(-) signs are used as post-fixes to more specifically designate the difficulty of a grade, especially on the lower end of the V-scale: i.e: V3+)

Because of this wide range, no small amount of controversy surrounds the grading system of certain climbs; debates over whether or not a certain climb is a V15 hard(or V15+) or V16 are not uncommon.

This system does not take the fear gradient into account, therefore, if a surface is the same physical difficulty but 3 stories higher, their grade will be the same. This has also led to controversy, as well as alternate forms of measurement or bouldering grades created.

The F-scale is the most commonly used scale in Europe. It was created and used long before the V-scale was used in the United States, however, an exact date to which it was created is unavailable.

It originated in the Fontainebleau region in France, in a forested area south of Paris. It uses an open ended numerical system ranging from 1A - 9A(V17). 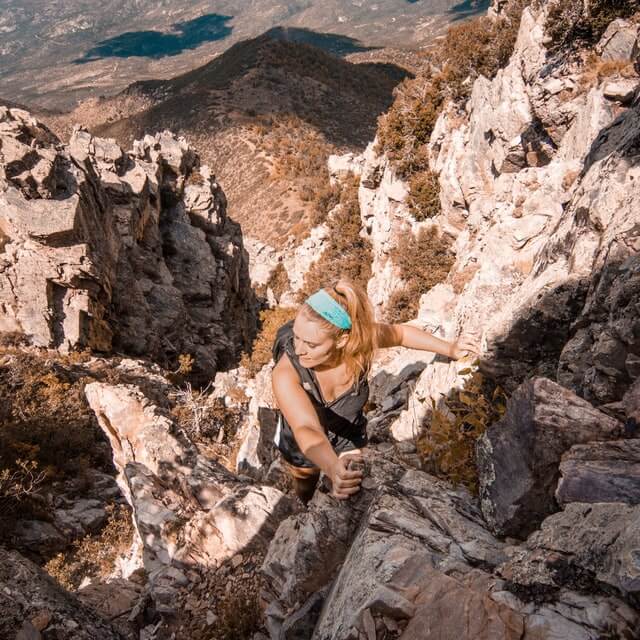 The grades it uses are specific to Fontainebleau, as the area requires a specific foot and friction technique; as opposed to other areas which mainly focus on and require upper body strength.

The skill levels become very comparable to the V-scale once you pass level 3 of the F-scale. However, below level 3 on the F-scale has specific levels which are passable without the use of the hands or the upper body.

The F-scale also uses colors in it's different levels, I.E: 2A-2C is usually yellow or green, problems that are easy enough to be done in training or approach shoes, 3A-3C where technique is required, but minimal arm strength is needed at that point, and so on, progressively requiring more arm strength. Problems with a grade less than 3 are becoming more and more uncommon.

Just like the V-scale, this grade system is open-ended. with 9A(equal to V17) being the maximum level reached thus far. And also just like the V-scale, a plus or minus sign may be put in front of the grade to more specifically determine it's level, for example: 5b- is an easier problem than simply 5b.

The below table runs through the V-Scale and Font-Scale bouldering grade conversion:

While not strictly universal, the appropriate grades are fairly consistently translated as such. When attempting to determine the difficulty of a grade, do not forget to assess the risk factor as well as the other grades relative to the area that you may be attempting to climb.

These grades and your improvement do not only reflect the progression of your skill level, but your discipline and resolve in solving the more complex problems that arise.

You have just recently started bouldering or have not been at it for more than a few months. You are still learning the ins and outs of bouldering but are making quick progress as the levels are easier to traverse at this point in time.

You've been bouldering for a little while now and are starting to gain enough confidence in your abilities to take on the beginner's challenges with ease. Your muscle memory and finger strength are vastly improved from where you started, but you still have a long way to go.

Bouldering has become more than a past-time for you, and you dedicate an allotted amount of time in the day for it. You have stuck with it for a few years at this point, and although your progression has slowed down, you continue to gradually improve. The progression of difficulty in the increasing levels starts to highlight the importance of not only focus, but the gear you are using and the people that surround you.

Your bouldering has evolved from a serious hobby to a passion and finally, a discipline. You are probably one of the best climber's at your gym, and for good reason. You spend most of your free time and weekends bouldering if you are not already doing it in some type of paid respect such as teaching or personal training. You breeze through problems that used to challenge you in your earlier years, and have created a lifestyle revolving around bouldering, and not the other way around.

Bouldering is one of, if not the, top priority in your life right now. You are more than likely sponsored, and in incredible shape. If you've reached this level, your vision most likely includes pushing and exceeding the limits of the bouldering grades.